I’m remember seeing this a couple of months ago on somewhere but completely forgot about it until it was posted on the Flickr blog yesterday.

About 115 days ago, Matt Green started walking from New York to Oregon (they’re on opposite coasts of America in case you didn’t realise ;)) and is now just over 1,000 miles from the Pacific. That means he’s about two-thirds across the country. 2,000 odd miles. On foot. With his feet. Madness! 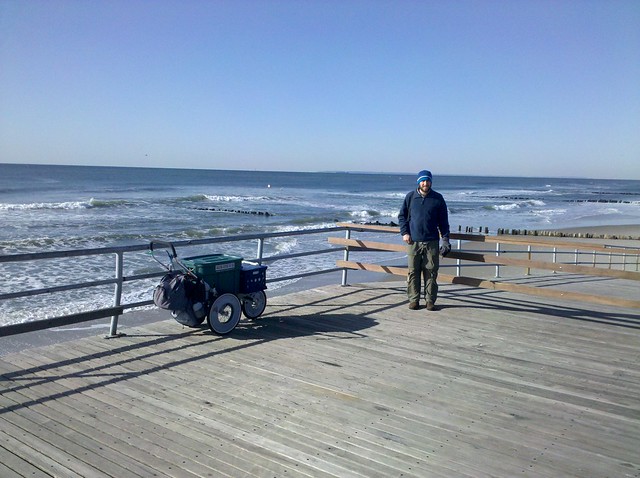 Actually, it sounds mental, but is really cool when you think about it. I quite like traveling, and I like to think I’ve been around a bit, but it’s mostly been via planes, and automobiles, with stop-offs in nice hotels. I’ve got no complaints whatsoever about doing it like that, and I don’t care that I’m no Kerouac, but part of me would love to have the bottle to just randomly start wandering the world. Then it hits me that I don’t want to be a tramp. So I don’t. Pillows and hot showers ftw.

Nonetheless, I admire people that are willing to shed the shit of everyday life and roam about. Like Christopher McCandless or Alvin Straight (sort of). It’s very romantic. As long as you ignore the inevitable hardships and chances of death of course. Matt Green isn’t having any of those problems by the looks of it though, as people are spurring him on, feeding him and putting him up for the night at various points across the country. People are nice sometimes. I’d let him stay over if he ever decides to do a UK version.

Anyway, now that I’ve remembered about him, I’ll be keeping track of his movements on this last stretch.. I’d imagine there’s still a couple of months to go(?) but the pictures he posts every day should make it worth revisiting habitually :). More details here on his site. 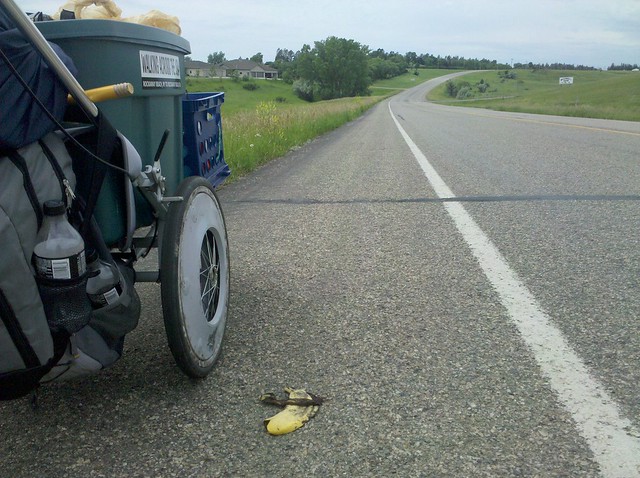 Sidenote: That’s Matt Green and Matt Harding now who have done travel things that I would love to have done. I feel like I’m letting the ‘Matt’ side down.

Try taking a look at other posts in the travel category.

excuses for my recent hiatus