A WebSockets racing game, staying cool with your kids, and UX chat

A basic game that lets you control a car through your phone, learning parenting skills from the Inuit, and listening to Laura Yarrow.

A little WebSockets car racer thing. It’s the return of code-off challenges at work, and this month I dabbled with WebSockets (specifically socket.io) for the first time (after meaning to for ages now) to make this thing that lets you control a car from your phone.

If you go to the site on a desktop, and at the same time go to the site on your phone (https://rw-cars.glitch.me/) you should be able to press 'OK’ simultaneously and then as the car is 'driving’, start tilting your phone left and right (in portrait orientation) to see the car on your desktop turns in sync.

It’s very much just a proof of concept, but I’d like to develop it a little to get in some multiplayer action, and make it much smoother. But for what it is, it was pretty fun to make. 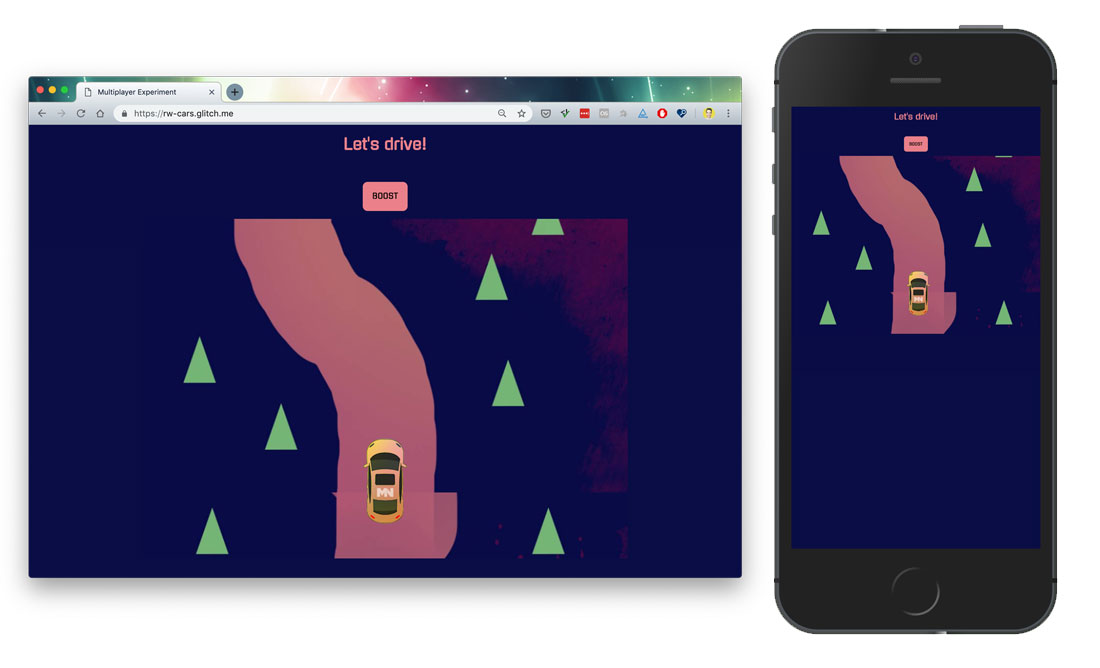 The Inuit don’t shout at their children – so why do we? Because they can be annoying(?)

“We do know anger is much more prevalent in some cultures than others,” says Prof Batja Gomes De Mesquita, the director of the Centre for Social and Cultural Psychology at the University of Leuven in Belgium. "The western belief is that we have these authentic emotions that should have room to be expressed and that beyond the odd situation you really you shouldn’t have to suppress it.

“But this idea of an internal emotion that should be free to come out in any circumstance is not shared as much elsewhere.”

I must admit, I do catch myself raising my voice with my kids sometimes over the most ultimately inconsequential things, and I often regret it because really, who’s it helping? But it’s easier said than done to stay cool-headed. Not to self, be more Inuit.

Nature crisis: Humans 'threaten 1m species with extinction’. This report has made it around a lot of places this week – take your pick where you read about it from – but the message is just as disturbing wherever you get your news.

According to the global assessment, an average of around 25% of animals and plants are now threatened.

Global trends in insect populations are not known but rapid declines in some locations have also been well documented.

All this suggests around a million species now face extinction within decades, a rate of destruction tens to hundreds of times higher than the average over the past 10 million years.

“We know that the way people eat today is often unhealthy for them and for the planet,” said Dr Kate Brauman, one of the report’s authors.

“We can become healthier as individuals by eating more diverse diets, with more vegetables, and we can also make the planet healthier by growing that food in more sustainable ways.”

As well as consumer and lifestyle choices, other authors believe people can make a difference through politics. … "So how do you that? Through individual behaviour, through the polling booth.

“Rather than just conserving energy by turning my lights off, some other less obvious means might be through political action.”

Bitpicking 19 – What the UX with Laura Yarrow. To be honest, I don’t listen to many things related to my work. Bit of a busman’s holiday. But I am partial to some Bitpicking, and not just because I’ve been a guest on it, though clearly that helps ;).

In this episode, Laura talks about her user experience experience, and it’s an interesting chat about an area of web work which is still oddly a little misunderstood. I did particularly like the mention of the anthropological side of UX, which I don’t feel gets enough attention. Sure, the psychology of user behaviour is fun but it’s the societal, human behaviour type stuff that floats my boat.

Also, I would’ve pronounced Axure as 'Az-your’ instead of 'AXE-sure’, so I learnt something there.