Learning about how baseball stadiums get built, pondering supporting dark mode, and agreeing a lot with 'our vanishing industry entry points' by Rachel Andrew.

Supporting macOS Mojave’s Dark Mode on the web. There’s been a bit of chat around this since Mojave dropped, but as I don’t personally use Mojave, it’s not something I’ve been able to play around with yet. I’m also not sure how many people it would actually be necessary for – like, what’s the uptake on using Dark Mode? – but it does look pretty simple to do, and I don’t know how much longer I can keep pressing 'Try again tomorrow’ on those OS update prompts, so I’ll probably be giving this a go soon.

HTML, CSS and our vanishing industry entry points by Rachel Andrew. One of those pieces I found myself wanting to quote in full here… you should just go and read it.

This constant wheel reinvention is something we seem to be wired to do. We can be optimistic and hope that good things fall out of it, but so often what is left is a mess. Teams find themselves with projects that no-one has the skills to fix, due to them being based on a toolchain that only a few people understand how to use. Businesses are handed websites by external agencies, using a technology that quickly falls out of favour, and when they want an update the next contractor looks at it, and suggests a rebuild.

… those [new] tools output HTML and CSS in the end. It is the bedrock of everything that we do, which makes the devaluing of those with real deep skills in those areas so much more baffling.

Preach! I’ve always been the type of FED who actively wants to learn new things and I think it’s totally necessary (and unavoidable) to utilise new technologies where you can on projects, but definitely not at the expense of forgetting (or worse – not even learning) the basics. I say 'basics’ but there’s nothing basic about it – I suppose I mean 'essentials’. There’s still so much value in working with those core technologies and it’d be such a shame if the route in gets obscured by [insert generic build process]. Notepad and the <marquee> tag is how I ended up doing what I do.

Whether front or backend, many of us without a computer science background are here because of the ease of starting to write HTML and CSS. The magic of seeing our code do stuff on a real live webpage! We have already lost many of the entry points that we had. 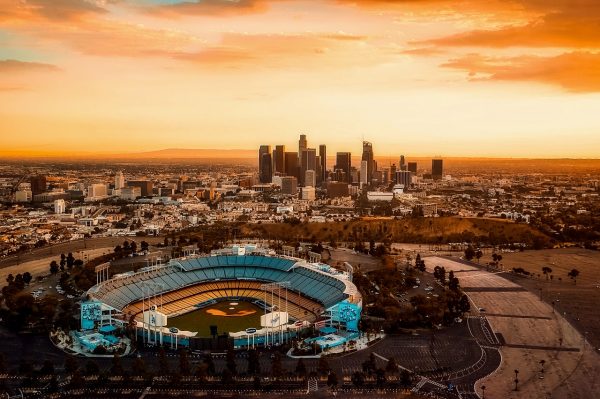 99% Invisible 342: Beneath the Ballpark. It’s really weird to me that it’s even considered possible to just move a team from one place to another – like here, with the L.A. Dodgers formally being known as the Brooklyn Dodgers. It’s one thing getting a new stadium a few miles away, but that’s about as far as physically possible. Just start a new team, surely(?) But hey, it happens, and how it happened is quite interesting – with knock on effects on the local community that would resonate for decades to come.

O’Malley [the team owner] thought he saw a vast empty stretch of land from the helicopter, but what he was really seeing were the last bits of a community that had existed there since the early 1900s.

For a long time, it was a neighborhood full of life. “It was very colorful … the ladies had colorful birds,” remembers former Chavez Ravine resident, Carol Jacques. “That’s what would wake us up — canaries in the morning, singing. It was just a very colorful community”

Killing Eve & Russian Doll. Found myself binging through both of those series and enjoying them both thoroughly.

Some crime. I did a CluedUpp event at the weekend, which turned out to be the perfect excuse to skulk around Bournemouth in the sun. Think of it as an escape room but out in the open, and not as difficult, but lasting longer. There was a Peaky Blinders theme which is ultimately inconsequential but did mean that I was decked out in authentic Peaky Blinder clobber. That’s the last time I’ll ever wear that hat. It was definitely fun – I’d be up for doing another but in a town that I’m not familiar with… as a prompt to explore, it’s great.