Giza, the fleetingness of humans, and raising kids with hip hop

Looking at the new museum due to open in Cairo, having my mind blown by the unimportance of the human race, and justifying all those hours I make my kids listen to rap.

A glimpse behind the scenes of Giza’s Grand Egyptian Museum. After several delays and a ton of cash, this 500,000m² museum is due to open in 2020. It sounds (and potentially looks) pretty awesome…

… expected to house 100,000 objects, many of which will be displayed for the first time, as well as a 250-seat 3D cinema and children’s museum. It will also have a panoramic view of the Great Pyramids of Giza. 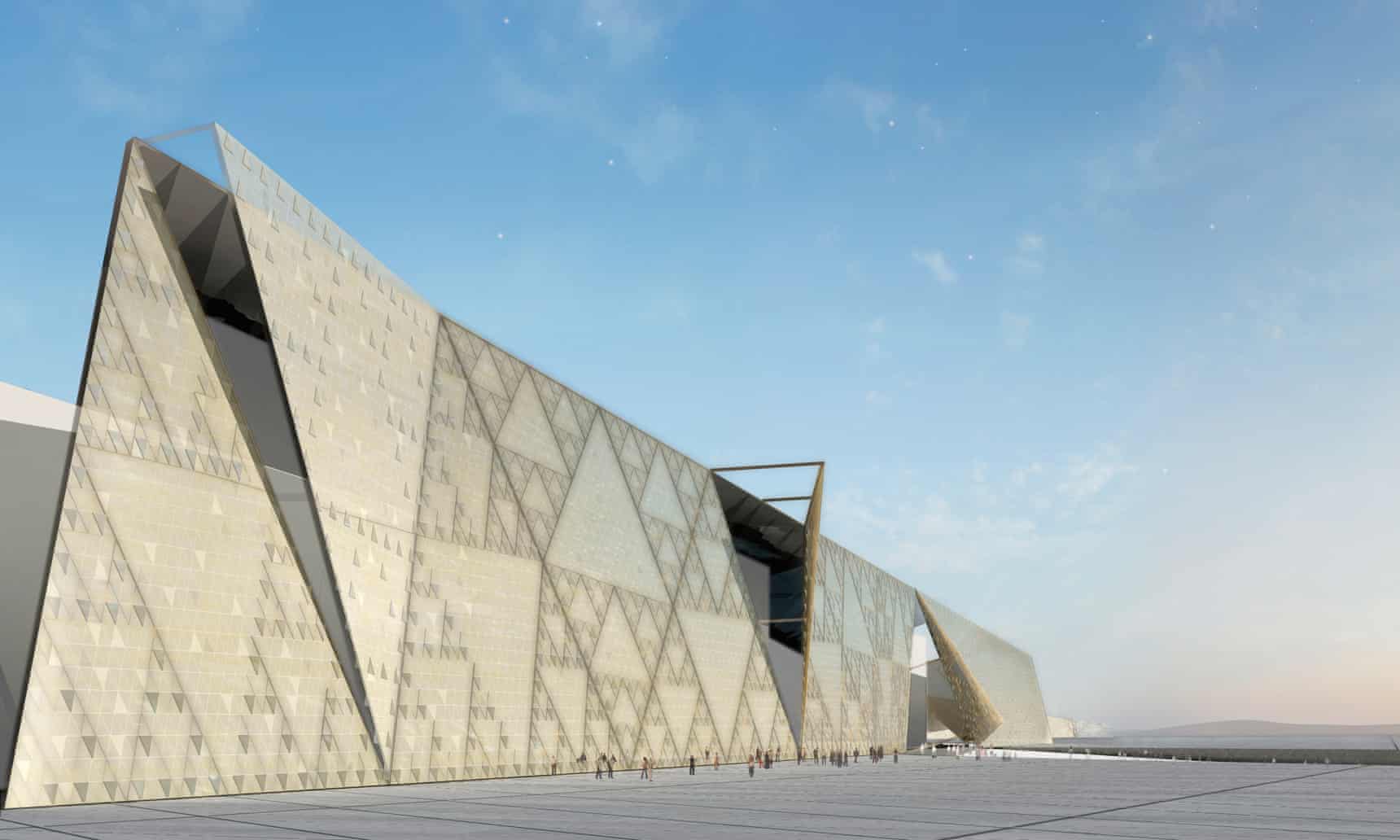 I can’t actually remember much about the whistle-stop visit I had to the pyramids, way back in 1992, but I’m sure there was(/is) a museum already with plenty of things in. I know I’ve seen the mask of Tutankhamun, and I’m 99% sure that was in Cairo. This new museum looks like it’s intended to live in the memory a little longer than your normal housing of ancient artefacts. I do want to go back to Egypt again – it’s been over 10 years since my last trip there – so maybe this opening will be the perfect excuse to get back to Giza.

There’s some stuff about how much the museum is costing, and there are suggestions of ulterior motives behind getting it built, but I do think it’s a good thing that it’ll exist. Not only to encourage tourism to what is a fantastic part of the world, but also because I think those Egyptian treasures should be in Egypt. As much as I like seeing them close by in London (or wherever they’ve been stashed after we stole them), they’re not ours to hold. Borrowing them would be fine – I think all sorts of museum pieces should go on tours more often – but the Rosetta Stone, and Ramesses II probably shouldn’t live in Bloomsbury.

The Anthropocene Is a Joke. Thoroughly debunking the notion that human civilisation matters in the context of the Earth’s history. We’re very much a blip.

The idea of the Anthropocene is an interesting thought experiment. For those invested in the stratigraphic arcana of this infinitesimal moment in time, it serves as a useful catalog of our junk. But it can also serve to inflate humanity’s legacy on an ever-churning planet that will quickly destroy—or conceal forever—even our most awesome creations.

Unless we fast learn how to endure on this planet, and on a scale far beyond anything we’ve yet proved ourselves capable of, the detritus of civilization will be quickly devoured by the maw of deep time.

The whole article is quotable, on account of how it describes the utterly incomprehensible spans of time that we’re dealing with when we talk about epochs and ages.

It reminds me of The World Without Us by Alan Weisman; in fact, lots of things make me think of that book – it’s stayed simmering in my mind since I first read it. All the amazing things that humans have done EVER, including all the things that’ll end up in the Grand Egyptian Museum, would vanish SO quickly (relatively speaking) if we just stopped tomorrow. It’s a more than a little depressing, and very humbling, but also (if you’re in the right mindset) potentially inspiring(?) I dunno, I’m trying to see the positives here. Yes, the world currently feels like a massive clusterfuck in a lot of regards, but in the grand scheme of things, there’s still plenty of time to get past it. Maybe we’ll be fine.

This American Life 680: The Weight of Words. There’s a good story about how Little Women basically saved someone’s life, but the highlight of this episode was the bit called Daddy Lessons:

Parents try to shape who we are in their own image. Producer Neil Drumming spoke to Adam Mansbach, who tried to make his daughter fall in love with hip hop.

I felt like it was talking TO ME. I wont spoil the story in case you want to listen yourself (it’s only 20 minutes long) but suffice to say I came away from it feeling good about the fact that I play a lot of hip hop to my daughter (and son for that matter, but mostly daughter because she’s older). I feel like they appreciate it on a certain level… I mean, there are some songs she can sing along to and that is a lot of fun to hear. But I’m very aware that Taylor Swift & Moana & all sorts of non boom-bap are what she’s really into, and obviously I’m not going to force her to listen to what I want to listen to. Nonetheless, as this story explains, it’s not really the type of music that matters, it’s the whole schtick around it…