Considering what happens after the recycling bin gets collected, preserving the history of buildings, and liking Rob Lowe.

The urban explorers recording vanishing Hong Kong. There’s a big shortage of land in Hong Kong, so things like sentiment and history don’t really stand a chance against the push for profits. Heritage sites get re-developed beyond recognition, or demolished completely, leaving no trace of what made them so interesting to begin with. So, this group of dudes go round breaking into abandoned places, taking photos and videos… not just for instagram likes (though I’m sure they get their fair share of them) but to actually create artifacts of what these places were like before 'progress’ steamrolled through.

“We wish we had the money to buy sites and preserve them as they are, but we don’t,” says Ghost, who does not reveal his real name. “So we do what we can to document them and try to preserve their memory. These places are part of our culture, part of our history … they shouldn’t just be wiped away.” 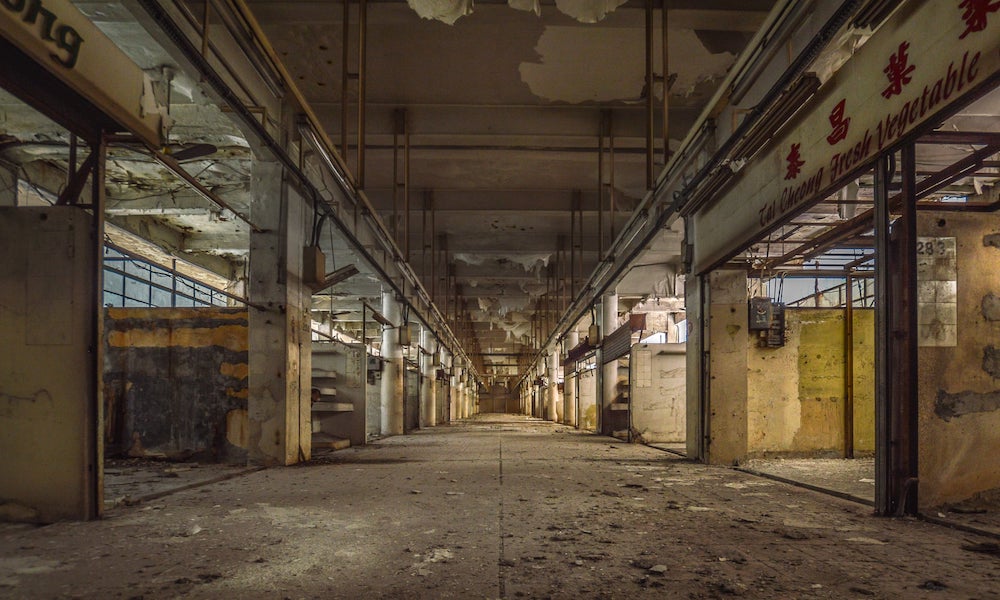 The long since abandoned Central Market in Hong Kong

I’m a fan of this style of urban exploring. Not so much taking selfies on top of stupidly high buildings, but more finding art and substance amidst the decay and neglect. I’m a sucker for a symmetrical shot of an abandoned corridor, so these photos really do it for me.

99% Invisible 341: National Sword answering the question “where does your recycling go?”. Turns out, it’s increasingly going nowhere – or at least, nowhere useful. Can’t say I’d really considered specifically what happens to those yoghurt pots after they end up in the recycle bin (and btw, they should definitely be rinsed out properly. Don’t try to recycle dirty stuff!), so this was an eye-opener. Essentially, there are huge facilities which process the materials, but the route to get things to them isn’t entirely straightforward.

I’m on board with recycling in principle – who isn’t(?) – but I do think that the contribution I’m making is just a drop in the ocean (no metaphorical pun intended) compared to what we as humans should be doing. Is it really enough to merely ask households to filter out their paper and plastics from general waste? Probably not. Which is why I appreciated the switch-up at the end of the episode to consider the bigger picture.

Countries, states and cities need to press producers to design more sustainable products and packaging, and develop more recycling infrastructure. People create pollution and people can stop it, but it has to be done at all levels and steps of the process, starting with better design.

WTF 1,004: Rob Lowe. Marc Maron chatting to my favourite Brat Pack member (Molly Ringwald is a close second) about all sorts of stuff. Bits about sobriety, about acting, and also saying “100%” as frequently as he says “literally” in Parks & Recreation. It’s what you’d expect from a Rob Lowe interview. There’s a bit of ego but generally, he seems very likeable. And I like him because of that.