How can you stop a wildfire, the weirdness of the dairy industry, and finding the bedrock of New York. 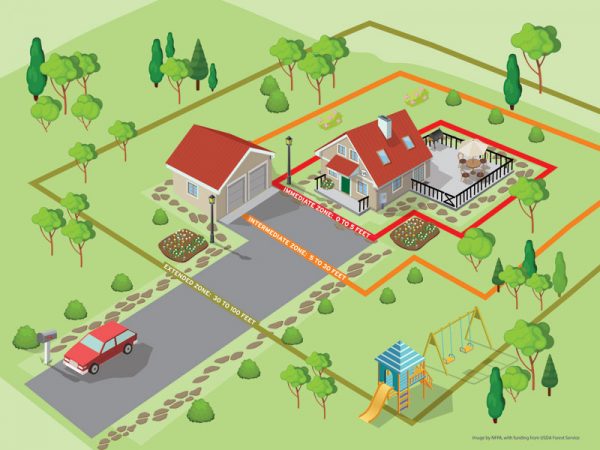 99% Invisible 317: Built to Burn. Topical, because of the terrifying wildfires in California (and Greece, and Sweden) at the moment, this episode is about trying to shift the focus from firefighting in order to save homes to stopping the homes from catching fire in the first place. That sounds stupidly obvious when I write it like that, but it’s much more involved and this is a fascinating episode.

Once he started to focus on the home as the problem, not the wildfire, he wanted to know what made some houses more susceptible than others. “What I’m trying to do is to establish a relationship between wildfire and home destruction. I want to know what that linkage is. How does this happen?”

Creating a buffer zone around a house can be much more effective in saving that home than trying to douse approaching flames with gallons of water. But getting people to buy into that is not so straightforward.

This is clearly a problem that’s going keep on occurring year after year – in more and more places – and I know that if I lived in an area susceptible to combustion, I’d definitely be looking at alternative solutions.

Dairy is scary: the darkest part of farming. I’ve been questioning my consumption of milk for a while (spurred on by that Simon Amstell film, Carnage) and pieces like this really make me question just how much it’s worth to me. I do love it… I have a lot of dairy things, and though I’ve tried lots of the alternatives, my forays have never lasted long and I keep going back to the white stuff. But fuck it is weird when you think about it. And beyond that, it’s absolutely horrific in same instances. The milking process (taking it from another animal for us to drink) isn’t natural is it(?) I can’t see myself giving it up, but I’m more than up for cutting down on it like I have with meat.

Gigantic rocks in New York. Can’t say this had ever crossed my mind but New York has a lot of rocks in it. Big rocks.

This city was built on and around what is now referred to as Manhattan Schist, a tough old rock that has essentially become the backbone of the island.

Interesting to think about (and see) how the city built around these boulders and what it would’ve been like before the skyscrapers.