An Ode To Geocities. As a resident of geocities back in the day (SunsetStrip represent), this was a great read.

Geocities has a fascinating history. A roaring beginning, a dramatic climax, the most tragic of endings, and just a sprinkle of hope right at the end … I think its impact is hard to understate. 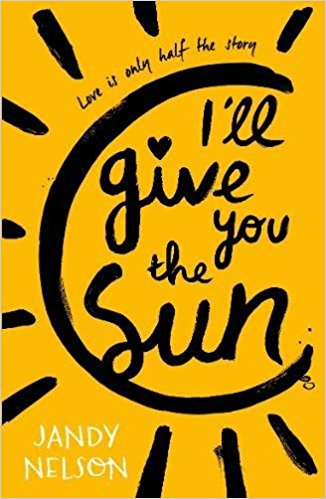 I’ll Give You The Sun by Jandy Nelson. Twins, art, loss, love, trauma, all that stuff. I really enjoyed this book and would wholeheartedly recommend it. As an only child, having a sibling has always been a weird idea to me and though I obviously can’t say whether this depiction of it is true, it did get me thinking a lot about how the relationship between my children will unfold. Also, it’s a gorgeously well written book and a great story that had me hooked. Hooked I tell you.

This American Life 542: Wait – Do You Have The Map? Continuing the sibling theme from the novel above, there’s a story on this episode about two brothers on a road trip. It’s good. There’s also an odd story about a couple who got married when one of them was serving life in prison, only for him to get unexpectedly released. It’s endearing.

The Longest Shortest Time 140: Zombies… It’s not about Zombies, but it is about scary things like realising your children are like you were as a child. I don’t actually have that many memories of being a small person, but talking to my wife’s parents, they definitely notice things that our kids do that my wife apparently did at a similar age. We’re moulding them in our own likeness. That is scary.

The Cipher 105: RJD2. One from the archives, but still worth a listen. I used to love me some RJ; that whole MHz collective were so dope around the turn of the millennium, I picked up pretty much anything that they dropped. But then, I stopped checking for no particular reason (ironically, the last RJD2 album I bought was Since We Last Spoke) and now listening to this interview, I feel bad that I stopped because it sounds like he went through it a little with the 3rd album. Regardless, this is a solid listen. He’s very candid about all sorts of stuff, and while I wish they’d talked more about that Columbus scene, the chat about his production approach is second to none.

99% Invisible 295: Making a Mark. An interview with Tom Geismar, the graphic designer behind all sorts of logos you’ve definitely seen before.