Some advice about how you can do your part to save the planet, looking at locusts, and finding out about the history of incubators.

For clarity, this post does not contain content about fighting plagues, or fighting babies, despite how that title may read 👀

How to Actually Personally Fight Climate Change. Regular readers will have noted my ongoing melancholy when faced with the prospect of a scorched Earth before I get to retire. It’s a real thing. I try to do my bit – though it’s probably not enough. (Sidenote, check out an estimate of your environmental footprint according to the WWF… mine is embarrassingly high, largely because of international flights, but I’m taking steps to lessen that). So I appreciated this article outlining some other actions that I, you, we, can take to try to make a difference while we just about still can.

Mitigating the climate crisis is top of mind for many people. But it’s such a complex issue that it can be hard to distinguish between data-backed improvements and feel-good distractions. This is your action list with lots of context along the way on why not just how so you can soon be an emissions-fighting climate superhero.

It’s a big old list, and it’ll take a while to properly digest so I definitely recommend revisiting it a few times. The headlines for me are:

There’s also plenty about making the system fight for us, not against us, talking about activism, lobbying, voting, etc. At a glance it’s harder to make inroads there, but it’s there where this is probably the most important, so I’m planning on picking up some of those points and doing what I can.

How to set off a plague of locusts. This is a fairly short but nicely presented piece about how these insects manage to transform from solitary creatures into gregarious monsters. I find them really creepy, and bizarrely fascinating. The sheer scale of a swarm is baffling; literally on some biblical shit.

Visualize a swarm of 70 billion flying insects, covering 460 square miles—about 1.5 times the size of New York City—and devouring more than 300 million pounds of crops in one day. That’s how big a single swarm can get.

99% Invisible 381: The Infantorium. The story of how incubators made it over to America, via amusement parks and originally via France, where…

… doctors stole an idea from the poultry industry, which used incubators to hatch chicken eggs. They designed a human incubator. Basically, it was a warm box, heated by a hot water tank below.

As an incubator baby myself 👋👶 I thought this episode was really interesting. Though you probably don’t have to have been born prematurely to also enjoy it. It touches on eugenics, Coney Island, and fake doctors who turn out to be good(?) doctors. It’s changed the way I think about that little warm glass box that kept me alive for a few weeks. 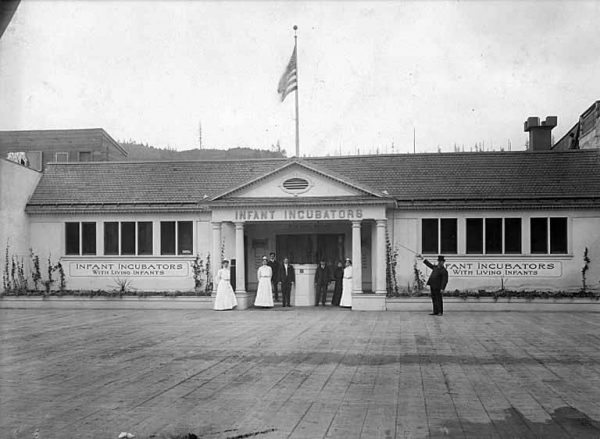